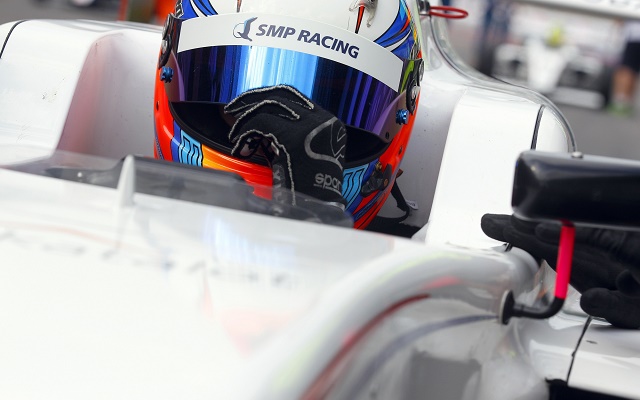 Niko Kari emerged victorious in the second SMP F4 race at Sochi, beating Alexey Korneev in a head-to-head duel for the lead.

Kari and Korneev have locked out the top two in the previous two races of the series and have done so again here, finishing less than a second apart.

For Kari, his third win of the season means he passes Aleksanteri Huovinen for the lead in the points as his compatriot retired even before the start-finish line.

The erstwhile standings leader stalled from fourth on the grid and was hit by Aleksander Maslennikov.

Meanwhile, slightly further up the road, Semen Evstigneev appeared to be tapped into a spin and collected Nikita Sitnikov.

The safety car was called in two corners into the race but those two turns were enough for Korneev to pass poleman Kari – the Russian went side-by-side with the Finn into turn one before completing the overtake on the inside of turn two.

Subsequently, the field slowly lapped around the Sochi track for more than ten minutes while the four stranded cars were recovered.

And, as the race finally restarted, Kari tucked in right behind Korneev and returned the favour, diving past in turn two.

Demoted back to second, Korneev kept up with his Finnish rival, staying within a second at all times during the race. But, as the duo traded purple sectors lap after lap, Kari never let Korneev get close and held on to victory.

Vladimir Atoev kept in touch with the leading duo, but eventually settled for the final podium spot.

Enaam Ahmed passed Finns Simo Laaksonen and Niclas Nylund to secure fourth. The latter then fought off his compatriot to stay in fifth and allowed Nikita Troitskiy to pass Laaksonen for sixth on the penultimate lap.

Tunjo fights through to take GP3 sprint victory at Spielberg