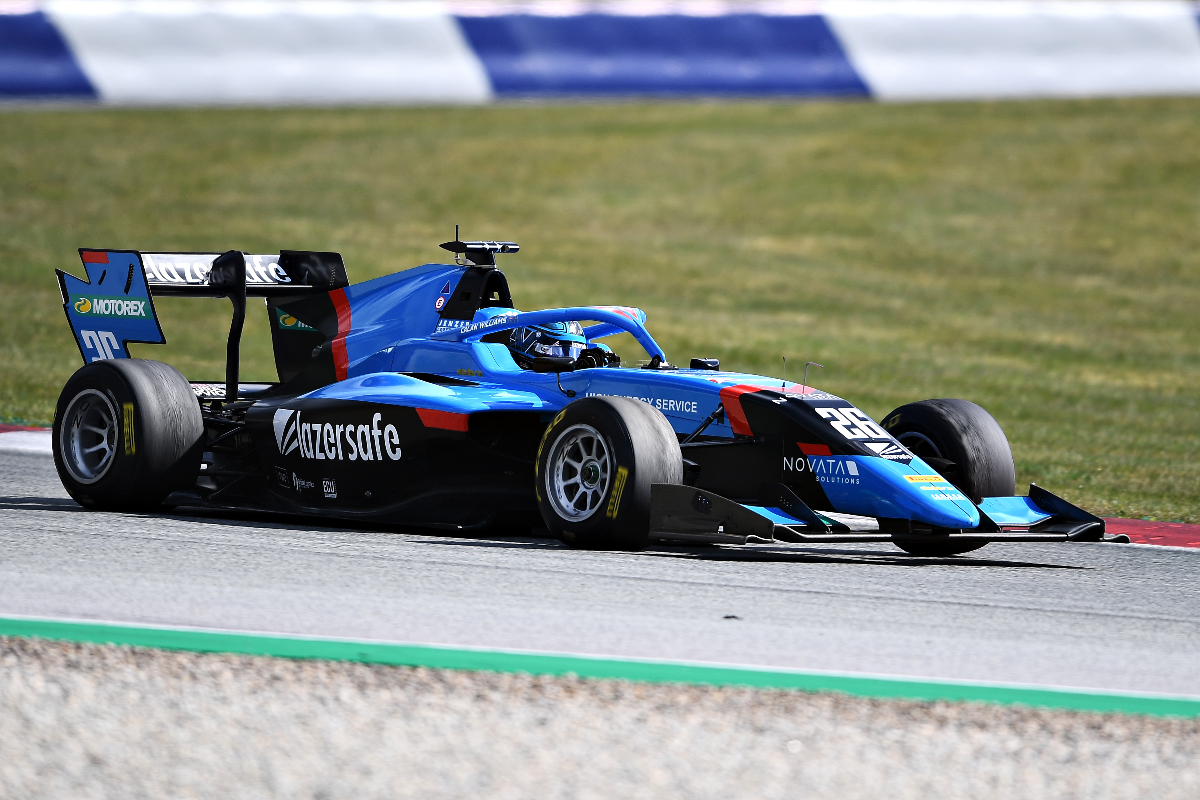 Snowfall limited mileage on the second morning of FIA Formula 3 Championship pre-season testing at the Red Bull Ring, although a new track record was set again.

It wasn’t until nearly halfway through the three-hour session that the snow stopped and drivers set out on track for flying laps, which culminated in Jenzer Motorsport’s Calan Williams being the fastest man of the morning.

Alpine Formula 1 junior Victor Martins was the very first to lap at a representative pace, although as on the first day of testing was quick to have his laptimes deleted for track limits violations, and it was MP Motorsport team-mate and fellow Alpine junior Caio Collet who was at the top with 90 minutes remaining.

Collet’s fastest laps were later deleted though, and with just under an hour to go it was Hitech GP’s Red Bull junior Jak Crawford who was fastest with a 1m19.278s. Martins and Carlin’s Kaylen Frederick bettered him going into the final 45 minutes, and kept their laps this time, before Williams moved to the top prior to red flags being shown after MP’s Tijmen van der Helm stopped on track.

The session restarted with a few minutes remaining, and Charouz Racing System’s test-only entry Logan Sargeant shot to the top.

However the American, who came third in FIA F3 in 2020, was another who had used the run-off areas and once that lap was deleted he was down in seventh behind Williams, Formula 2 racer Matteo Nannini (HWA Racelab), Frederick, Martins, Crawford and fellow Charouz tester Mikhael Belov.