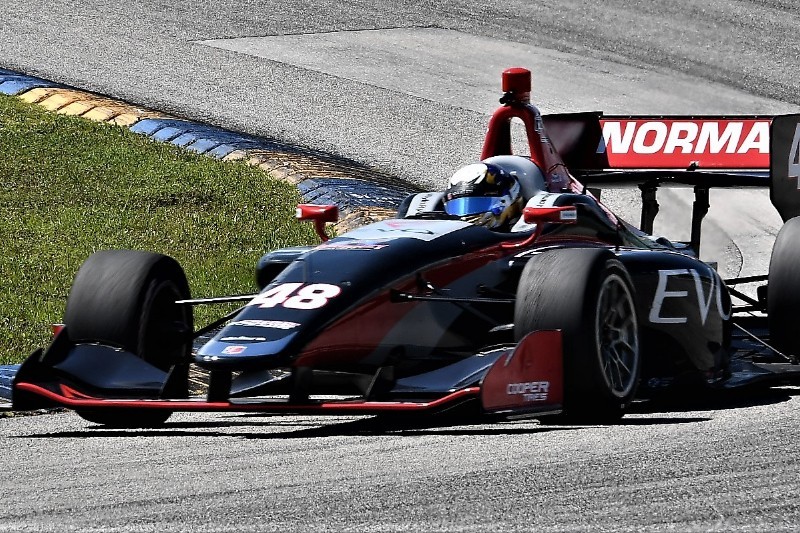 Two sessions were run at the roval before cars were packed up ready to head to St. Petersburg for the season opener this coming weekend.

All 10 drivers improved their best time from the first session to the second, with the third Andretti car of Oliver Askew topping the morning session by almost a quarter of a second from fellow Indy Pro 2000 graduate Megennis.

Norman was almost a second faster than that benchmark in the second session, with his 1m15.1962s lap being 0.1699s faster than Megennis.

Expected title contenders Askew and Rinus VeeKay (Juncos Racing) were behind them, and split by just over a tenth of a second. VeeKay’s Juncos team-mate Dalton Kellett, a veteran of three Indy Lights seasons, was seventh and the last driver to lap within a second of Norman.

At the bottom of timesheets were BN Racing’s David Malukas and Toby Sowery, and Belardi’s Lucas Kohl, who is graduating to Indy Lights straight from USF2000. Sowery’s car was entered as a joint partnership between the debuting BN Racing team and Indy Lights regulars Team Pelfrey, and will carry on into the start of the season.

Despite joining Lamborghini’s roster of GT drivers, Sowery has remained in single-seaters over the last year through cameos in Italian Formula 4 and IP2000, having previously starred in BRDC British Formula 3.