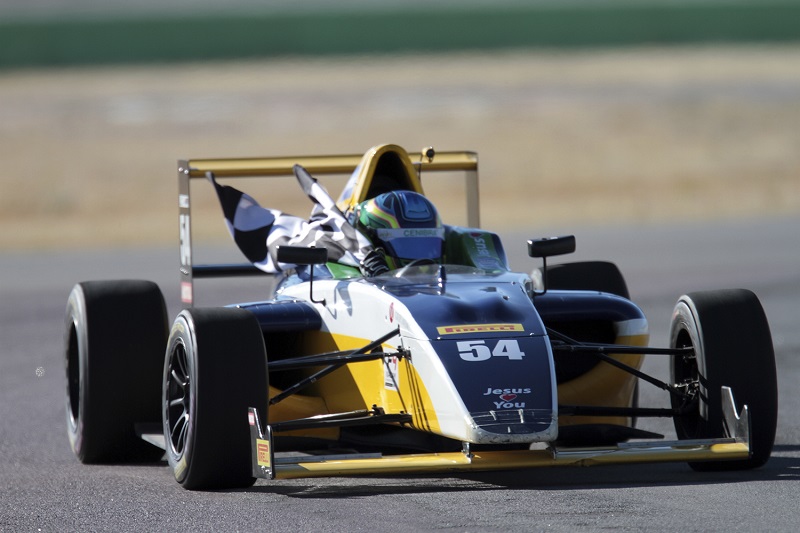 Igor Fraga won twice at Aut?dromo Internacional de Aguascalientes, but it is still Moises de la Vara who holds a healthy lead in the NACAM Formula 4 standings, despite electrical problems threatening his weekend.

The Martiga EG driver lost power to his car all through Saturday and could only limp home in seventh place in the first race at Aguascalientes, four laps down. He had been running as high as third.

Fraga was the main beneficiary of de la Vara?s troubles. He won the first race comfortably after a series of yellow flags for slow-moving cars curtailed his battle with Michael Santos and Alexandra Mohnhaupt, who were second and third respectively.

Victory for Fraga meant he started from pole for the second race, which he duly converted into another win. A recovering de la Vara was second. The Martiga team had worked hard to fix the electrical fault and de la Vara?s car was back at full power.

He then claimed his fifth win of the season in the final race of the weekend, extending his championship lead to 47 points over Mohnhaupt.

Mohnhaupt, who made history last month by becoming the first female winner of an FIA F4 race, had an indifferent weekend. She settled for third in the first race, although she had been looking for another win. The Momo F4 driver almost got another podium in the second race, but dropped two places very late on when her car developed engine trouble, slipping to fifth. She was fourth in the third race, behind her team-mate Inigo Leon.

Fraga remains third in the championship behind the BRDC F3-bound Mohnhaupt, due to a non-finish in the third race. He recorded the fastest lap by a third of a second, but mechanical problems intervened six laps before the end, and he had to retire. He was classified eighth.

Santos had his best weekend of the season so far. He earned two seconds and one third place, splitting the main championship contenders. He has now passed the absent Santiago Lozano for fourth in the championship.

Mexican touring car driver Regina Sirvent made her single-seater debut over the weekend. She managed to keep herself out of trouble and had a best finish of fifth in her first race.