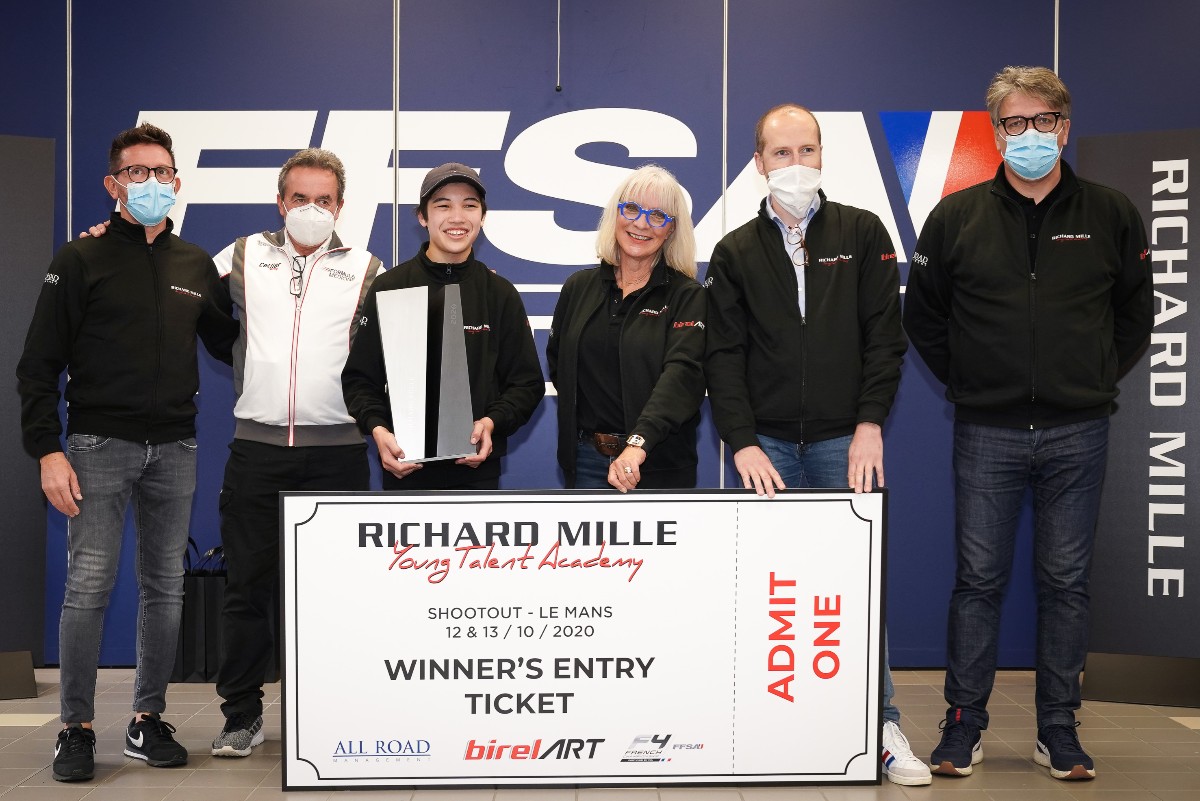 The Le Mans-based winner-takes-all shootout featured 10 drivers drawn from tems across the world that use Birel ART karts, and took place across two days on October 12/13 with the assistance of French F4 organiser FFSA Academy and Formula Medicine.

Barter was born in Japan but races in the Australian Karting Championship as an Australian. He is one of the top drivers in its Junior-level AK4 category, and is managed by Birel ART importer and former Australian F4 team Patrizicorse.

“The standard of the participants was very high,” said Barter.

“It pushed me to surpass myself and I gave my best in all the tests.

“I was exhausted after the physical assessments, which is normal! I started cautiously during the first F4 sessions in the rain as I only had the experience of a single-seater day in Australia and it was dry. I admit that I really like computer simulation games… but it’s still a game, the real driving is quite different.

“The relationship with my engineer was very important. I took his advice into account to make progress, both on the wet track and on the dry. I am very happy to have won the Richard Mille Young Talent Academy. It’s an incredible opportunity to be able to take part in the French F4 Championship next year.”

Dr Riccardo Ceccarelli’s Formula Medicine organisation physically and mentally assessed the 10 finalists before the driving element of the shootout began, with simulator sessions used to familarise the karters with the F4 car and the Bugatti circuit ahead of testing each of them in the Mygale F4 cars for real.

Drivers got their first taste of the F4 car at the start of the second day, in wet conditions, with an hour alloted to each over three sessions. From those tests, the best five were selected for a second, shorter test on a drier track.

Barter, Sweden’s Junior 125 champion Albin Karlsson and France’s shifter karter Craig Tanic were then selected for a third and final F4 test, and with all parts of the assessment process considered it was decided that Barter performed best.

The previous two winners of the Richard Mille shootout are Enzo Valente, who won in Pau during prize F4 season, and Rafael Villagomez. Mexican karting graduate Villagomez is yet to make the podium in French F4, but has in his parallel British F4 programme.

The Yugoslavian who’s left his mark on motorsport history