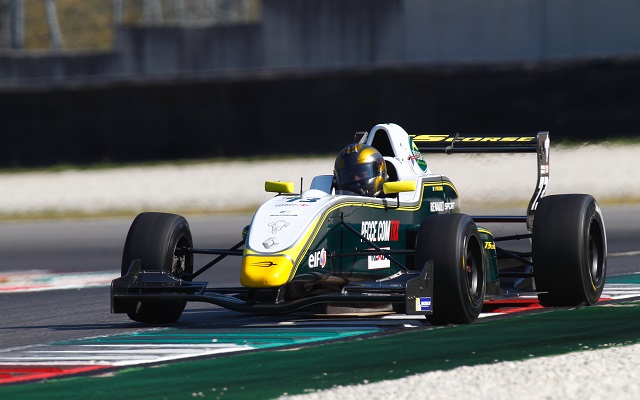 The 1997-born Gonfiantini enjoyed a successful career in local-level karting, his most notable peformances coming in the Prodriver AM class in various Italian competitions.

Gonfiantini signed the contract after having participated in private testing with the team at Vallelunga.

“After karting, ALPS represents my first time in cars”, said Gonfiantini. “Team TS Corse is for sure the best choice I could have made. I?ve found a very professional team that will be able to grant me a competitive car. During the Vallelunga testing, I shortly realized I could achieve a good feeling with the car. I just did not risk. Lap by lap I?ve improved but also made minor mistakes. I think this is normal. The level of the series is very demanding, I will have to be focused to be competitive.”

TS Corse fielded one car for Peccenini in 2013, achieving a best finish of 17th.