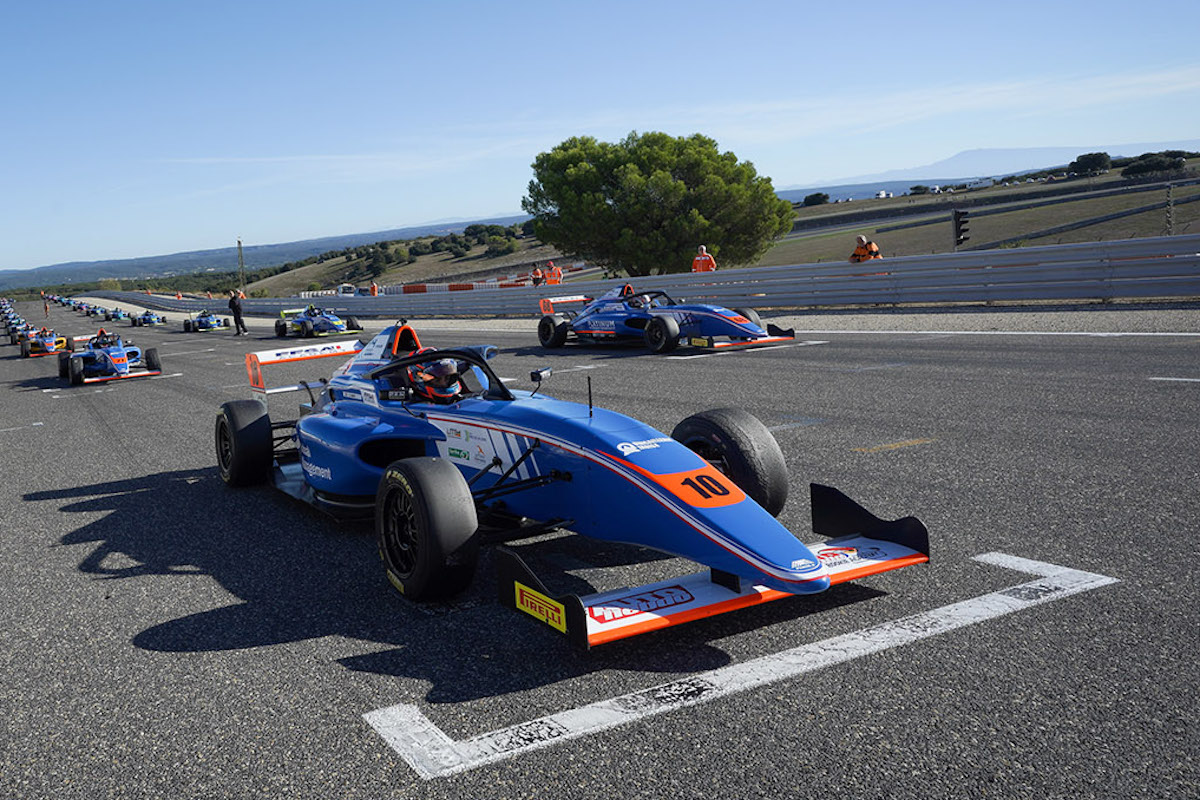 Alessandro Giusti claimed a dominant double pole-position for the Valencia round of the French Formula 4 championship, clearing the opposition by over seven tenths of a second.

After completing two preparation laps, Giusti’s first competitive laptime of 1m35.206s was already almost one second faster than his practice benchmark. He lowered his time in the following lap to a 1m34.787 and would improve yet another three tenths in the next one.

Giusti improved again with under 10 minutes remaining on the clock after several laps in which he set the fastest first sector. This effort, 0.736 seconds faster than Barter’s best lap, was good enough to take pole for race one. His previous effort, just a few thousands of a second slower than his best, awarded him race three pole as well.

The top four drivers entered the pit-lane with over five minutes to go as very few were improving, whereas fifth classified Romain Andriolo stayed on track for a few more minutes .

Enzo Richer was among those to better his laptime in the coming stages of qualifying. He moved up to ninth place after sitting outside the top 10 for most of the session.

Leny Reveillere couldn’t take part in qualifying due to mechanical issues. He returned to the pits after the outlap, where the mechanics took the engine cover off and investigated the problem. However, they couldn’t find a solution on time to allow Reveillere back on track.