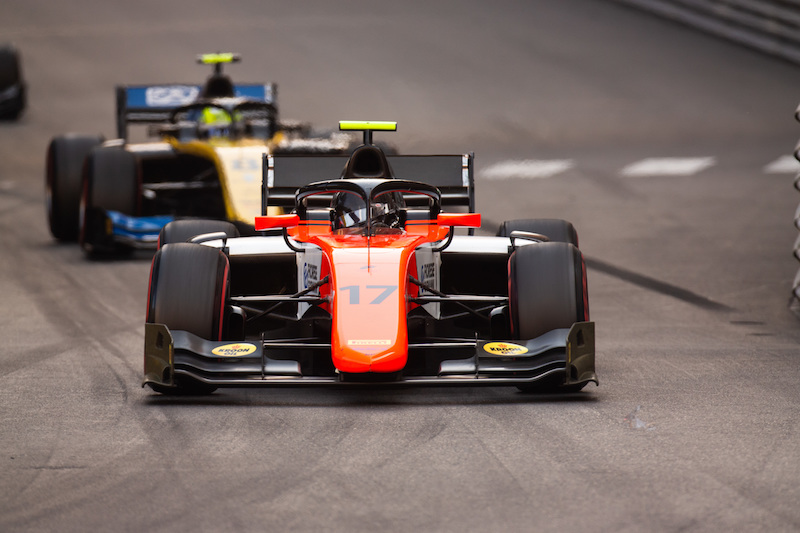 Luca Ghiotto has been handed a three-place grid penalty for the Paul Ricard Formula 2 round as a result of crashing into Mahaveer Raghunathan in the Monaco sprint race.

Virtuosi Racing driver Ghiotto had two poles and one win from the three rounds prior to Monaco, putting him second in the standings.

He finished second in the Monaco feature race, but was then disqualified for not-conforming rack stops.

In the sprint race, a failed overtake on MP Motorsport’s Raghunathan at the hairpin for 17th place put both in the wall, leaving Ghiotto third in the championship and 28 points off leader Nicholas Latifi.

Former BOSS GP racer Raghunathan received a 20-second penalty in the feature race for punting Campos Racing’s Jack Aitken out of proceedings at the same corner, and will also be dropped three places on the grid of the Paul Ricard feature race.

His penalty has been applied after the Indian was caught cutting Sainte Devote entirely on the first lap, jumping from 15th on the grid to 10th place on the run up to Massenet. He had already fallen back down to 17th by lap seven of 30, the lap on which he ended his race after clashing with Ghiotto.