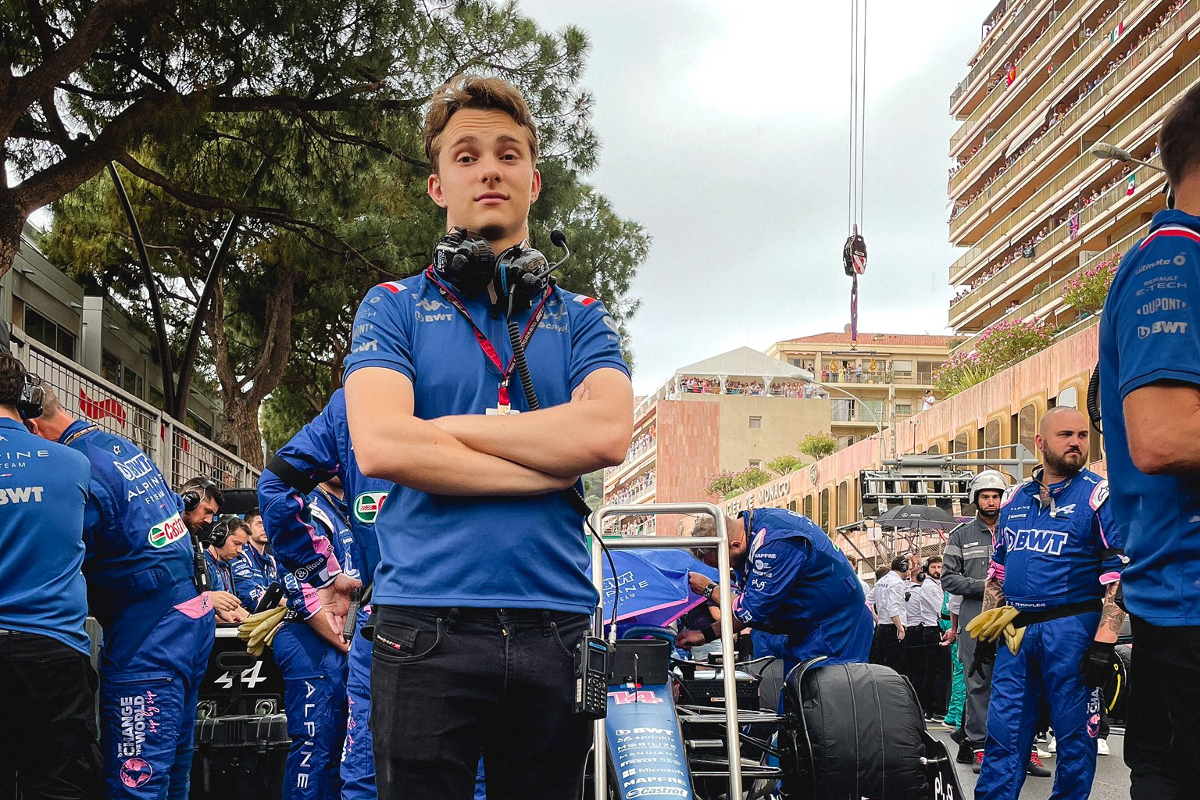 Well, how on earth did that happen? Fernando Alonso announced he was going to Aston Martin in 2023, Alpine announced Oscar Piastri would replace him, and now Piastri has denied it. What next?

In the wake of a crazy day of Formula 1 news, the Formula Scout team got together to discuss the fallout of the silly season moves between Aston Martin, Alpine and McLaren, and the pawn in the middle of all three’s plans: Oscar Piastri.

Alpine failed to get the reigning Formula 2 champion onto the grid this year, but then announced him in its 2023 line-up without his knowledge on Tuesday and it prompted the 21-year-old to take to Twitter to declare otherwise.

There’s multiple parties at play in this, but none of them seem to have effectively communicated with each other, and now a repeat of IndyCar’s recent contract mess with McLaren could potentially play out.

Will those involved even see out the end of the season in their current roles? Listen to tonight’s podcast on Anchor, Breaker, Google Podcasts, Overcast, Pocket Casts, RadioPublic, Castbox, Apple Podcasts and Spotify.

This is an extremely complicated situation. Fernando Alonso’s departure from the Alpine F1 Team seemed to respond to his desire of securing a F1 seat for as long as possible in order to satisfy his addiction to racing in the pinnacle of motorsport. By the words of Alpine’s team principal Otmar Szafnauer on Tuesday morning, the move could be described as very much Alonso’s antics, given that he left without informing his current team.

Then, it is Oscar Piastri. It could have been the case that Alonso’s move out of Alpine paved his way into that seat, but it hasn’t. Alpine announced him without permission, as stated by the driver, in the middle of rumours that Piastri had already sought a signature with McLaren for 2023. It seemed some people weren’t paying attention to what has been happening on the other side of the Atlantic Ocean in the past month. Or were they paying too much attention and wanted to replicate it all? Who knows… I wish Alpine had tried to have Piastri in a more elegant way. Meanwhile, I am just here wondering who will turn up at Spa in three weeks time and which T-shirt they will be wearing.

Laurent Rossi messed up, or he was too hesitant, or his political position within the Renault group meant he didn’t make the right decision for F1 fans. I’m actually talking about 2021 there, rather than today, and the abject failure to decide on whether loaning Formula 2 star Piastri out to another F1 team was the right thing to do.

But now we are in a position where Piastri has finally been given an F1 seat with the team that has supported his junior career, and he’s already laid his eyes on landing a seat elsewhere. I heavily reccommend a listen to our podcast above for more of my thoughts, and those of Alejandro and Bethonie, because we detail literally everything we know from all sides of the dispute and it really shows that in F1 a group of professionals can easily make themselves look as amateur as possible.

There is no doubt Piastri deserves to race in F1 next year, although ultimately I still think Christian Lundgaard had a better F1 potential of the juniors Alpine had in F2 in 2021, and he deserves for that chance to come with Alpine given its support has turned him into (or at least sold him as) this talent that so much of the F1 press and fandom think is future world champion material. He scraped his way to two of his junior series titles and that prevented Victor Martins from arguably being in the position Piastri is now, but his F2 run as a rookie was so imperious that I personally think it’s given him enough clout to go chasing a McLaren seat (which for several weeks I have considered a more likely destination than Alpine, prior to Aston Martin driver Sebastian Vettel’s surprise retirement) with no F1 race mileage to his name and for McLaren to take notice.

McLaren has been taking risks trying to use a pool of IndyCar drivers as potential F1 call-ups, and Piastri has the same outside appeal as them while already having knowledge of most of the F1 tracks and how teams in the series work. So if this doesn’t turn into a legal mess I expect to see him there. And watch out to see if F2 adds another team in 2023…

The internet’s best Piastri reactions (including his own)

I understand that, without my agreement, Alpine F1 have put out a press release late this afternoon that I am driving for them next year. This is wrong and I have not signed a contract with Alpine for 2023. I will not be driving for Alpine next year.

I had to double check it’s not 1st of April 😳

If you haven’t signed the driver… you can’t announce them for your team pic.twitter.com/Jt43m5jEVo

“There’s been another driver announcement without their permission, but for who Chris Kamara?!” pic.twitter.com/12FK4aAgGP

“Now tell them you’re not driving for Alpine” pic.twitter.com/6XtJKebJbS

Me stood outside the #Alpine factory tonight like: pic.twitter.com/JFhbN1foLG

Australian athlete Oscar Piastri is already coupled up with Alpine but wants to get to know McLaren too.

Will Piastri choose McLaren at the next recoupling?…