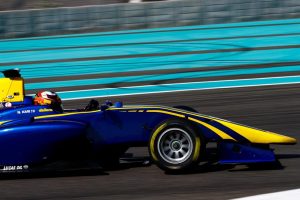 The 18-year-old Finnish driver finished 10th in the standings for Arden Motorsport last year with Red Bull backing, but was notified he would lose it prior to the final round of the season at Abu Dhabi, where he won the opening race.

He went on to top both of the first two days of the post-season test the following week after joining MP Motorsport, which was taking over the former DAMS cars ahead of 2018.

Prior to 2017 he had raced in Formula 3, where he had finished 10th in the 2016 European F3 standings, and was the inaugural SMP Formula 4 champion the previous year, which earned him his spot on the Red Bull Junior Team.

“We worked together quite well at Abu Dhabi ? in fact, our cooperation was so positive that I was really keen on joining the team.

“I?m happy that we managed to agree terms for my second season in GP3 and I’m really hoping for a repeat of our test form in the series.”

Team boss Sander Dorsman: “It?s so good to see Niko join our team after we showed such good form in the GP3 test at Abu Dhabi.

“I?m confident we can build on that performance going into our debut season and help Niko gain more wins in GP3.”