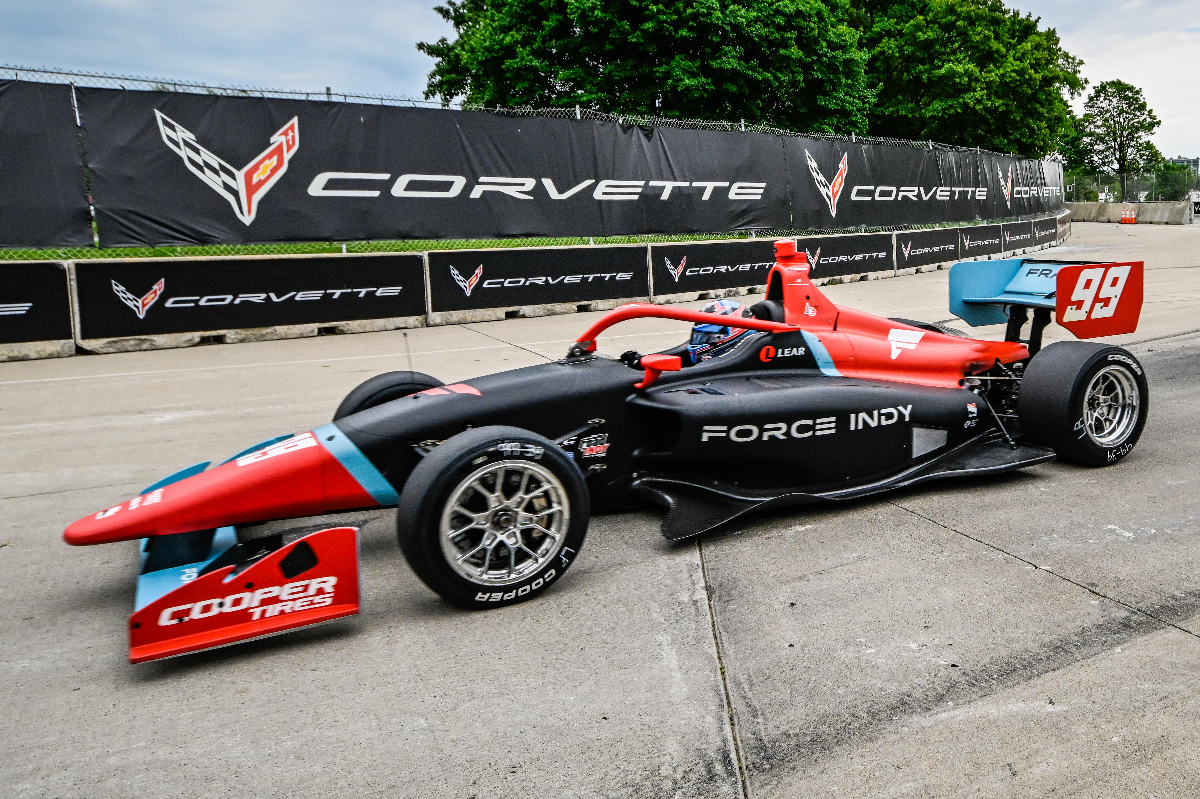 Force Indy will not run as a team on the IndyCar support bill in 2023, but the African American-led programme will continue to back its past drivers.

The team raced in USF2000 in 2021 as a one-car operation with Myles Rowe, then jumped up to Indy Lights this year with Ernier Francis Jr as its sole driver.

Now Francis will move to HMD Motorsports, which had already filled its eight cars, as the team takes on Force Indy’s assets and personnel.

Francis won four titles in a row in the TransAm sportscar series before debuting in single-seaters last year in Formula Regional Americas where he claimed three wins and third in the standings. From there he stepped up to Indy Lights, and came 10th in the championship with a best finish of seventh achieved on his debut.

Rowe, who raced this year with the support of Force Indy backer and IndyCar owner Penske Entertainment, will step up to USF Pro 2000 (previously known as Indy Pro 2000) for 2023 and will be driving in a Force Indy-branded Pabst Racing entry.

There were five wins for Rowe in USF2000 this season, and the Pabst driver finished just short of the title. He raced event-by-event until he secured the budget for the full season in May, with an early crash in St. Petersburg proving damaging to his finances.

“Force Indy already has a lot to celebrate,” said Rod Reid, the founder and owner of Force Indy. “In 2021, we made history as the first African American-owned team and driver to win an IndyCar-sanctioned race. Now we are aligning ourselves with two championship-calibre teams as we seek growth and continued success both on and off the track.”