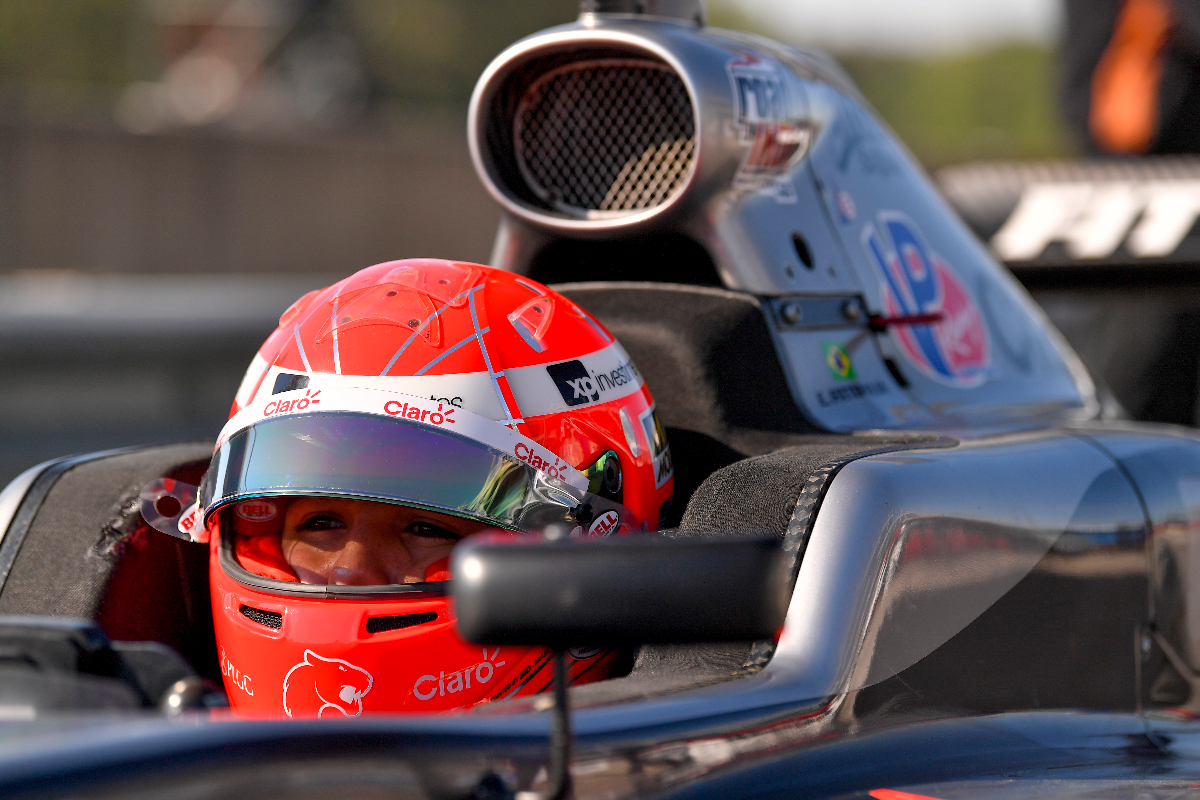 Enzo Fittipaldi has explained how he landed a last-minute FIA Formula 3 Championship seat for this year, and why he’s pulled out of his Indy Pro 2000 programme.

In February, Fittipaldi announced he would depart the Ferrari Driver Academy and FIA F3 to pursue a career in the USA. He signed with RP Motorsport for the IP2000 season, and took a best finish of 10th in the first round at Barber Motorsports Park.

He didn’t get to race in the next round in St. Petersburg, with hefty damage from a crash in the first qualifying session ruling him out of the rest of the weekend. He then made a surprise FIA F3 return, and hasn’t been back in IP2000 since.

“There was an opportunity here in the US, we went for it, unfortunately it didn’t work out,” Fittipaldi recently explained to his former F3 team-mate Jake Hughes in the latter’s H.Y.M Podcast.

“We were just struggling with the preparation of the cars and everything.

“I wouldn’t make the right choice, I was struggling a lot. We were losing like five, six tenths in straightline speed around the track, but it wasn’t the engine because all the engines are the same, it was just the preparation of the car because the team I came to race with didn’t race the year before because of COVID-19.”

RP Motorsport had won the 2019 IP2000 title with Kyle Kirkwood, but the Italian outfit was ruled out of the 2020 season due to travel restrictions. It returned with Fittipaldi and Enaam Ahmed, who has now also stopped racing due to budget issues.

“We just didn’t make the right decision, and at the last minute an opportunity showed up,” added Fittipaldi.

“Charouz called me one week before the races in Barcelona. They said ‘hey, do you wanna come race F3 with us’. And I didn’t think twice about it. I said ‘of course’, and I took the opportunity. I’ve always wanted to continue racing in Europe.”

Fittipaldi was announced as one of Charouz Racing System’s drivers just days before the FIA F3 season opener at Barcelona at the start of May, and had not driven in any of the pre-season tests.

“So I arrived at Barcelona last-minute, I made my seat on Thursday and did the Friday free practice. It took me a while to get back up to speed, because you only have three, four push laps in free practice, so I still had issues with my seat that they had to fix.”

Seat issues continued into qualifying, but Fittipaldi had a productive weekend that included contending for victory in the second reversed-grid race before colliding with Trident’s David Schumacher.

Fittipaldi is also now “planning to move to Czech Republic, to live next to the team” for the next three months as that’s when most of the FIA F3 season’s action is focused.

You can listen to the H.Y.M Podcast here

Riccardo Patrese on his rapid rise to F1