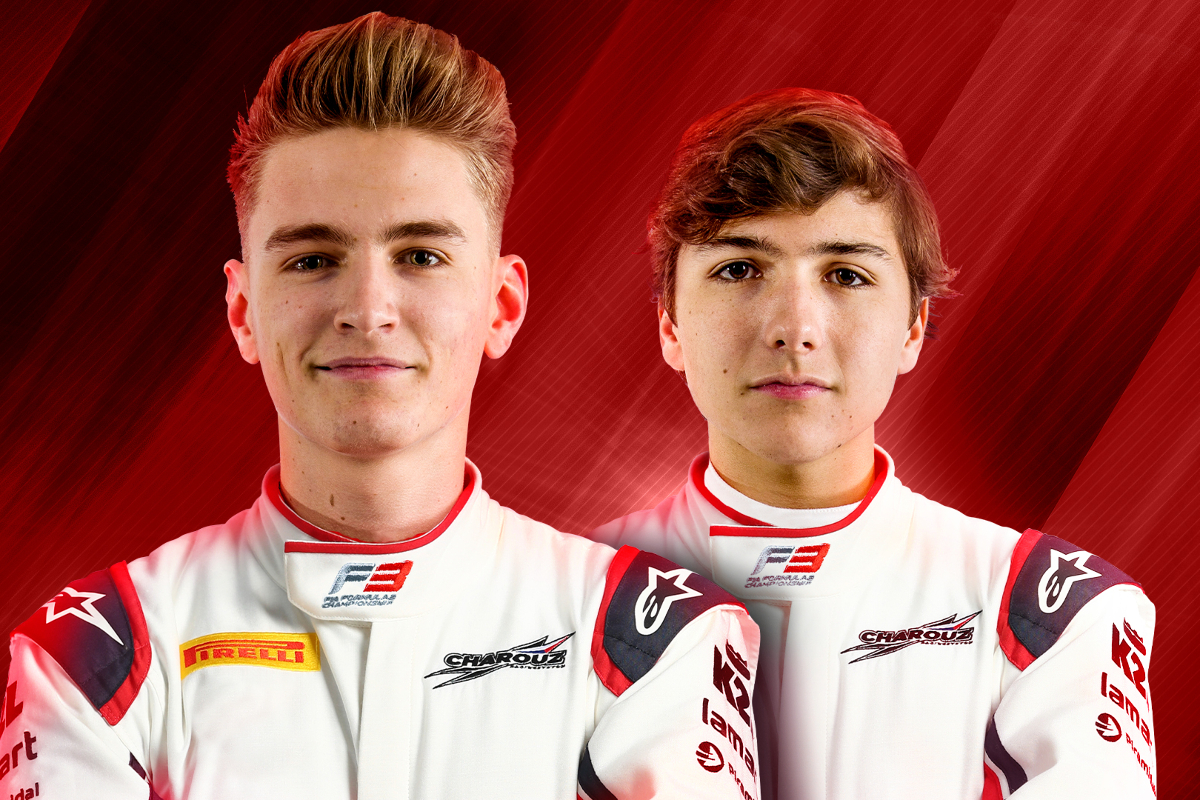 Charouz Racing System has completed its FIA Formula 3 Championship line-up with Enzo Fittipaldi and Logan Sargeant, who had both been set to move on from the series this year.

The 2021 FIA F3 season starts at Barcelona this weekend, and the team had Sargeant in one of its cars for the pre-season test at the circuit. Fittipaldi meanwhile has been in the United States after moving to Indy Pro 2000.

Both raced in FIA F3 in 2020, with Sargeant coming five points shy of the title with Prema, while Fittipaldi drove for HWA Racelab and was 15th in the points in what was his rookie season.

“Early this year, I didn’t know if I was ever going to get in a race car again,” said Sargeant, who lacked the budget to step up to Formula 2 and over winter looked unlikely to remain in single-seaters.

“So I was honoured to get this opportunity from Charouz Racing System. I’m going to give it everything I have to put the car at the front and keep trying to build within the team. I’m really looking forward to it.”

Fittipaldi meanwhile left the Ferrari Driver Academy during the off-season and relocated his racing career to North America to drive a car co-run by IndyCar powerhouse Andretti Autosport and RP Motorsport.

“I am really happy for the chance that team owner Antonin Charouz and team manager Bob Vavrik gave me,” said the Brazilian.

“It will definitely be a challenge since I didn’t do any of the pre-season testing but I will do my best with this opportunity. I’m looking forward to the first race weekend in Barcelona.”

Charouz has a strong relationship with the Fittipaldi family, having run Enzo’s brother Pietro to his Formula V8 3.5 title in 2017,

The team will hope the signings improve its fortunes in FIA F3, where it finished last in the teams’ championship in 2020. Its third car is being raced by Reshad de Gerus, who steps up from a single season in the Formula Renault Eurocup.

Mikhael Belov had driven the car Fittipaldi will now occupy in the pre-season tests at the Red Bull Ring and Barcelona, and had been heavily linked to a race seat after contesting the last three rounds of 2020 with the team.

That may still be a possibility as F3’s Red Bull Ring round clashes with IP2000 racing at Mid-Ohio, and the Spa-Francorchamps round is on the same weekend as IP2000’s season finale at New Jersey Motorsports Park.

FIA F3 2021 season preview: Why Prema may have its party spoiled