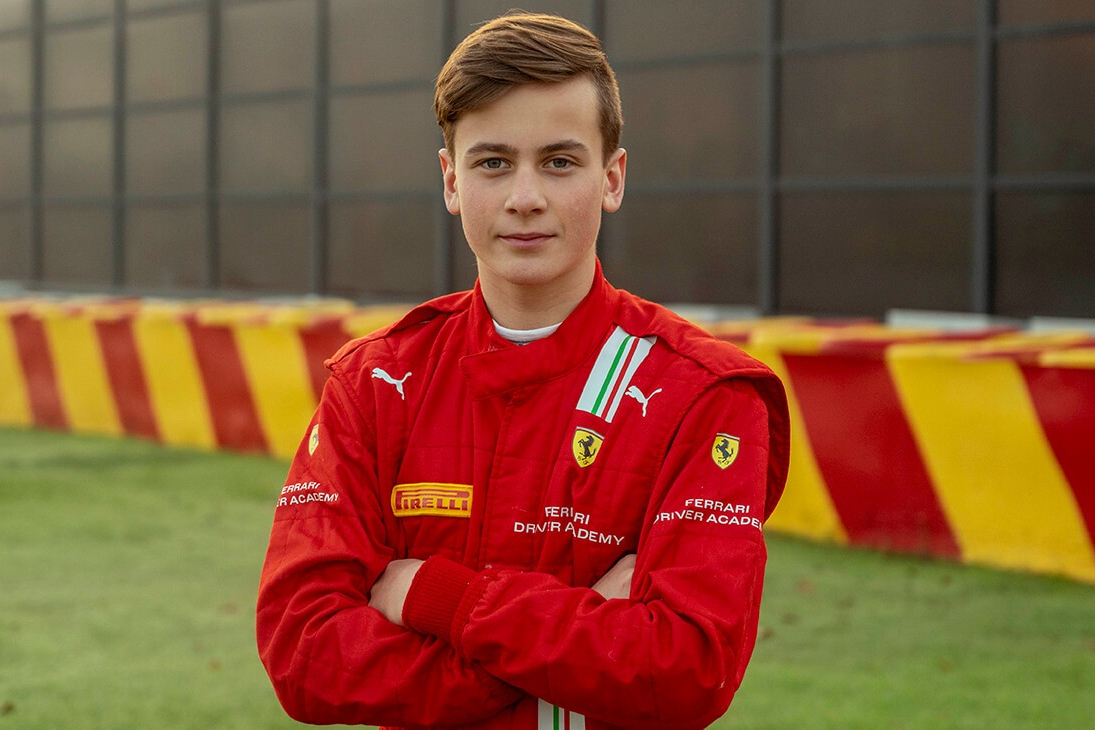 Taponen, who came fifth in Formula Academy Finland this season, was a finalist in the 2021 edition of the World Scouting Final and missed out on a Ferrari berth but was then put on a observation scheme as the manufacturer maintained interest in the 16-year-old.

In addition to becoming a Ferrari junior, he is set to move full-time into F4 with a soon-to-be announced campaign after starring cameos in his home country over the past two years. He won on his debut in 2021, and several times in ’22.

“I’m really happy to have been selected to join the Ferrari Driver Academy,” said Taponen.

“Spending a week in Maranello and driving at the Fiorano track was an amazing experience. I can’t wait to start work in the Academy with the other guys and the engineers that I was able to meet at the track. I am very proud to wear the uniform with the Ferrari prancing horse.”

Alongside F4, Taponen has been a frontrunner on OK karts over the past two years. In 2021 he was CIK-FIA World Karting champion, won WSK’s Open and came fourth in its Super Master Series and Champions Cup, and was also fourth in the Champions of the Future series.

“I am very pleased to welcome Tuukka to the FDA,” said its head Marco Matassa.

“We watched him carefully last year and we sensed he had the potential that he then went on to confirm this season. One year on, he is more mature, so that apart from his pure speed, he has other key qualities, such as the ability to interact with the engineers, giving precise feedback and also being able to take on board the instructions he is given.

“On track, at the wheel of a F4 car, Tuukka impressed us immediately with his performance and how quickly he learned, given his limited experience in single-seaters. He also proved to be down to earth and willing to work hard, qualities shared with the most talented drivers.”

“I thank Tony Kart who have done a great job of running him so far. This famous marque is one of the FDA’s long standing partners and many of its drivers have joined our programme. Now Tuukka is going to embark on a new chapter in our history together.”