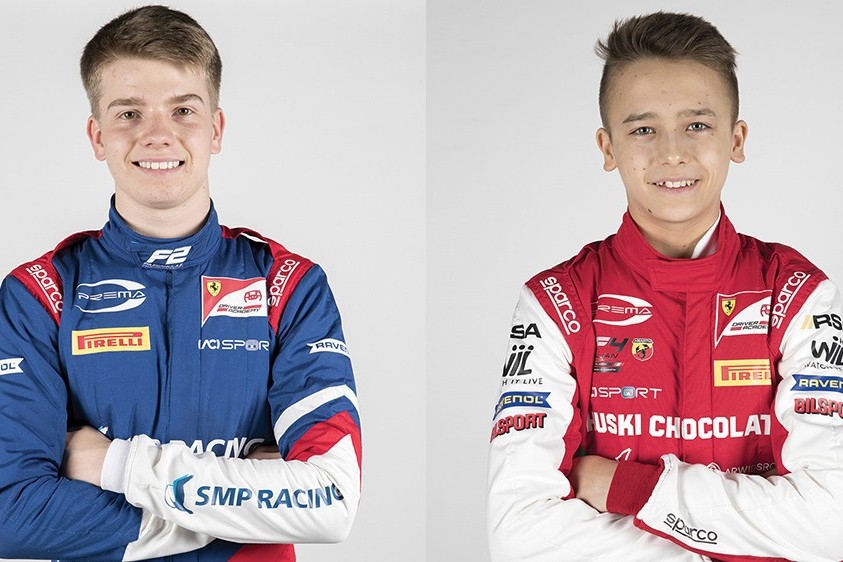 Ferrari Driver Academy members Robert Shwartzman and Dino Beganovic have been called up by Scuderia Ferrari to race in the Esports replacement for the Bahrain Grand Prix.

On Friday, Formula 1 announced a Virtual Grand Prix Series that would take place on weekends where grands prix were originally scheduled prior to the postponements and cancellations caused by the global COVID-19 novel coronavirus pandemic.

The 10 F1 teams were invited to play on the official F1 2019 game and expected to field their usual driving line-up, although Ferrari has picked juniors from Formula 2 and Formula 4 respectively for the season-opening Virtual Bahrain GP on March 22.

Reigning FIA Formula 3 champion Shwartzman is set to race in F2 this year with Prema, and set the most laps in the championship’s pre-season test in Bahrain earlier this month. Teenaged karting graduate Beganovic won the Italian and Swedish titles for OK karts last year and is also set to race with Prema this year in Italian F4.

The Bahrain race will run for 28 laps and be preceded by an 18-minute qualifying session, all of which will be broadcast on F1’s Facebook, Twitch and YouTube channels. Due to the track for the new Viatnamese GP not existing on the F1 2019 game, the second round on April 5 will run using Australian GP venue Melbourne.

The Virtual Chinese, Spanish and Monaco Grand Prix races will follow, with the replacement race for the Dutch Grand Prix on May 3 set to also take place on a different circuit that exists on the F1 2019 game.