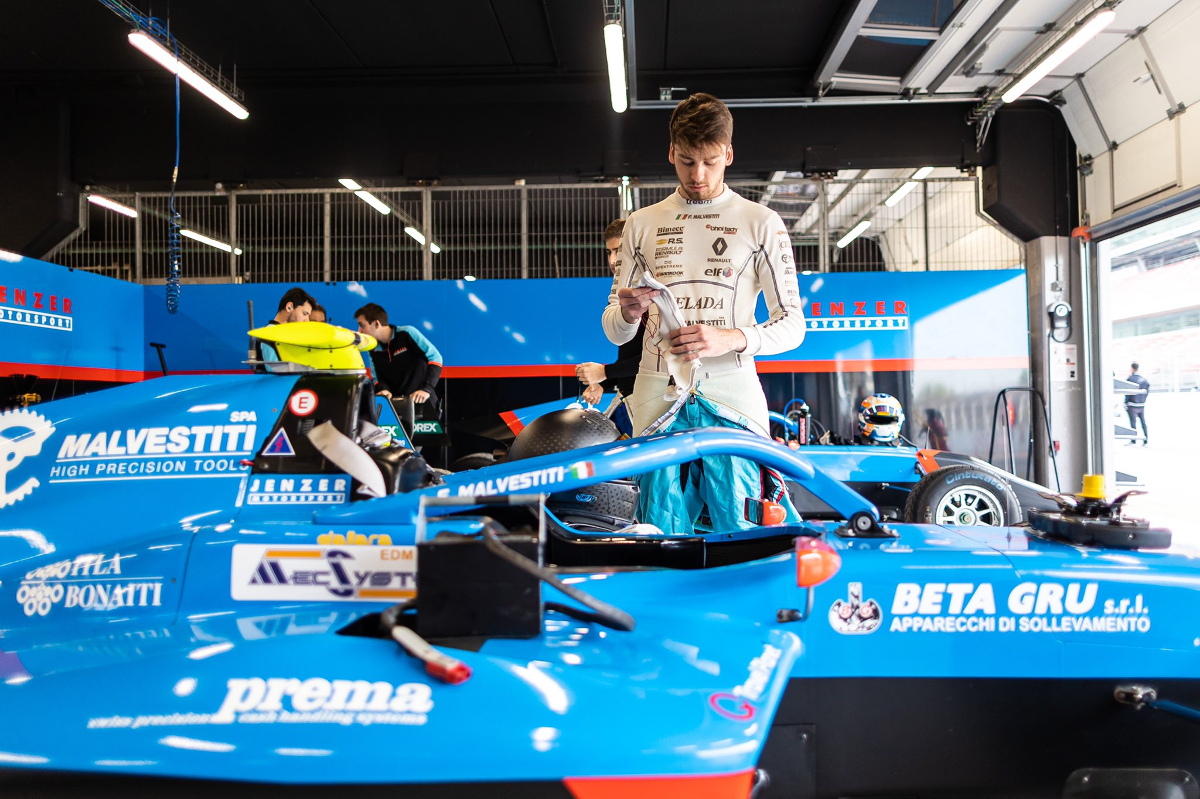 Jenzer Motorsport has announced Federico Malvestiti as its third driver for the remainder of the 2022 FIA Formula 3 Championship, after the Italian joined the team for two tests.

Only two full-time drivers had been signed by Jenzer in time for last month’s Bahrain season opener, and Niko Kari was drafted in to race as a one-off. In the two in-season tests since, Malvestiti has been in the team’s third car.

The 21-year-old isn’t new to F3 or Jenzer, with his running in the Jerez and Barcelona tests marking a return to the team’s line-up after spending the 2020 season at Jenzer. He switched to sportscars in 2021, coming 16th in Porsche Carrera Cup Italy.

“Thanks to the team for giving me this great opportunity that I never expected for this season. I will do my best to work well with the team and achieve the best possible result.”

Malvestiti’s F3 campaign will begin this weekend at Imola, a circuit he has previously won at with Jenzer.

His single-seater career began in Italian Formula 4 in 2015, racing for Antonelli Motorsport through 2015 and ’16 before switching to Jenzer’s line-up for the next two years. In 2018 he came sixth in the standings, with one win at Imola and three further podium finishes.

In 2019, he stepped up to the Formula Renault Eurocup with Bhaitech, achieving a best finish of third at Spa-Francorchamps. That same year he made his F3 debut at Silverstone, before moving full-time to the championship in 2020.

“We welcome Federico! It is very motivating for all of us that he is back with his old team,” Jenzer team principal Andreas Jenzer said. “We now look forward and work hard to make the best out of this second chance together.”