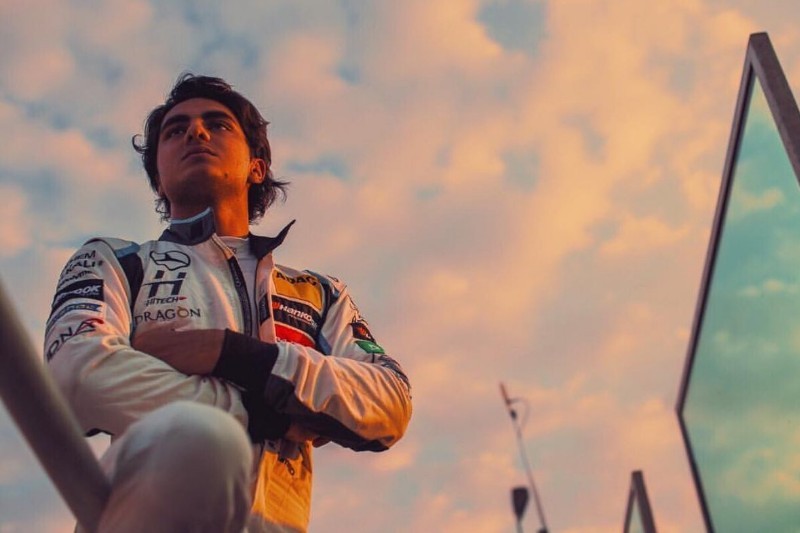 BRDC British Formula 3 champion Enaam Ahmed will race in Japan this year after securing a deal with ThreeBond Racing in the Japanese F3 championship.

The 19-year-old followed his British title in 2017 with a European F3 campaign last year, where he won twice and led the standings but eventually dropped to ninth by the end of the season.

Prior to his F3 title he was a winner in the Toyota Racing Series and multiple Formula 4 championships. For 2019 he had been chasing another drive in Europe, but could not find the necessary budget and instead took up his offer with ThreeBond.

“ThreeBond approached me in December and invited me to a test, so I went to Okayama and did it,” Ahmed told Formula Scout.

“I had to beat a benchmark driver, and then I ended up setting good times so they contracted me, and the rest is history. I?m going to Japan on Sunday for the first test at Suzuka.

“Obviously I was looking to stay in Europe, but I wasn?t able to raise the funding to go there. So I was left without a drive, and I certainly didn?t know if I was going to race this year. The Japan opportunity came up and I took it without hesitation.”

Ahmed is already acclimatising to the grippier Yokohama tyres used in Japan, a characteristic deliberately keyed into the rubber to prepare drivers for Super Formula, a series that is now on Ahmed’s radar.

ThreeBond is unique in using its own Tomei engine in F3, and it supplied engines to European F3 team T-Sport for several years. During this time it was noticeable for several giant-killing performances at the Macau Grand Prix.

With the decision on which car will be used at Macau yet to be made, it’s unclear whether Ahmed and ThreeBond will add the famous street circuit event to their schedule for 2019.