Edi Haxhiu teams up with Corbetta in Euroformula Open 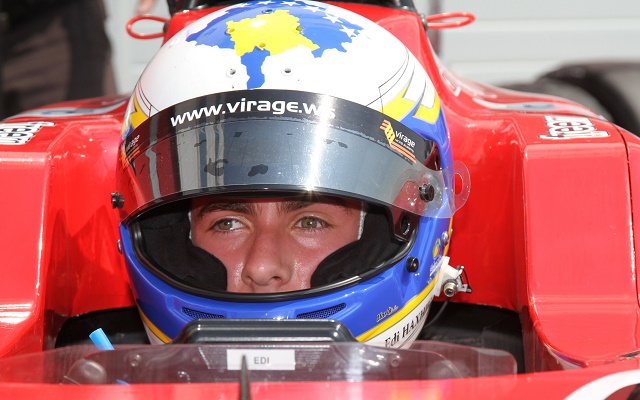 16-year-old Edi Haxhiu has been confirmed to join the Euroformula Open grid for the 2015 season with Italian outfit Corbetta Competizioni.

The Swiss driver started his single-seater career last year in Italian F4 with Cram Motorsport, taking 14th in the standings with a best result of sixth.

“I immediately felt comfortable with the car and I can not wait to start the season”, said Haxhiu. “I feel the connection with the team and I hope to improve quickly in order to compete for the top positions.”

“I am happy to have Edi in the team.”, added Angelo Corbetta. “I have always focused on young talents and Edi showed his skills in a test in Barcelona and I am convinced that we can do well this season.”

While they were not able to field a full-time entry last year, Corbetta’s 2013 season saw Tommaso Menchini take third in the Copa class.

Corbetta Competizioni is one of seven teams taking part in the first round of the Euroformula Open Winter Series at Jerez, which consists of eight test sessions over the next two days.

Among the 12 drivers who are already confirmed to enter the regular season, there are other racers showing up at the test, including Leonardo Pulcini with DAV Racing, Dzhon Simonyan and Antoni Ptak with RP Motorsport and Luis Michael Dorrbecker with EmiliodeVillota Motorsport. According to ItaliaRacing, Formula Abarth champion Alessio Rovera will also be present with Team West-Tec.