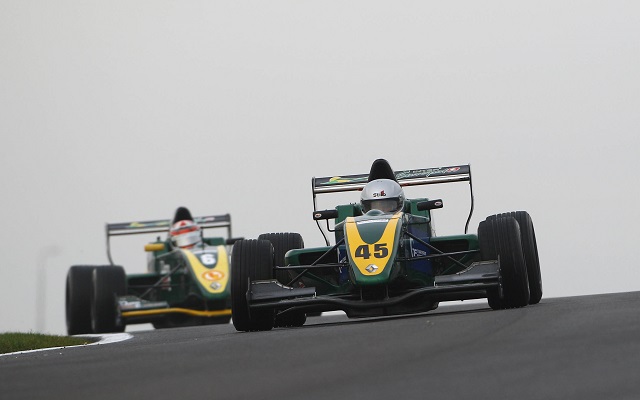 The 1982-born driver primarily raced Volkswagen Jettas in 2008-2009, but began making strides towards single-seaters after that, testing in F3 machinery and making guest appearances in FR2.0 Italy with Team Torino Motorsport.

The Winnipeg native tested in a Team Torino FR2.0 car in the 2013 post-season, before setting his sights on a NEC debut with Inter Europol.

“I?m excited to join Inter Europol Competition and the schedule we?ve put together for this year is amazing!” exclaimed Richert. “My goal for this season is simply to gain as much experience as I possibly can and make sure that I?m in a position to advance into an even higher category of racing for 2015. I?d like to thank Inter Europol for this opportunity and for their professional attitude throughout this process.”

Polish squad Inter Europol have been a constant presence in Formula Renault NEC over the recent years. In 2013, they fielded Jakub Smiechowski on a full-time schedule, with German racer Max Biedermann joining him for the two final rounds.

“We are happy to have David join our team and look forward to working together in achieving some excellent race results this season,” stated Inter Europol engineer Jorg Kranzfelder. “We like the approach that David has taken towards his racing career and we think he will fit in very well with us.”