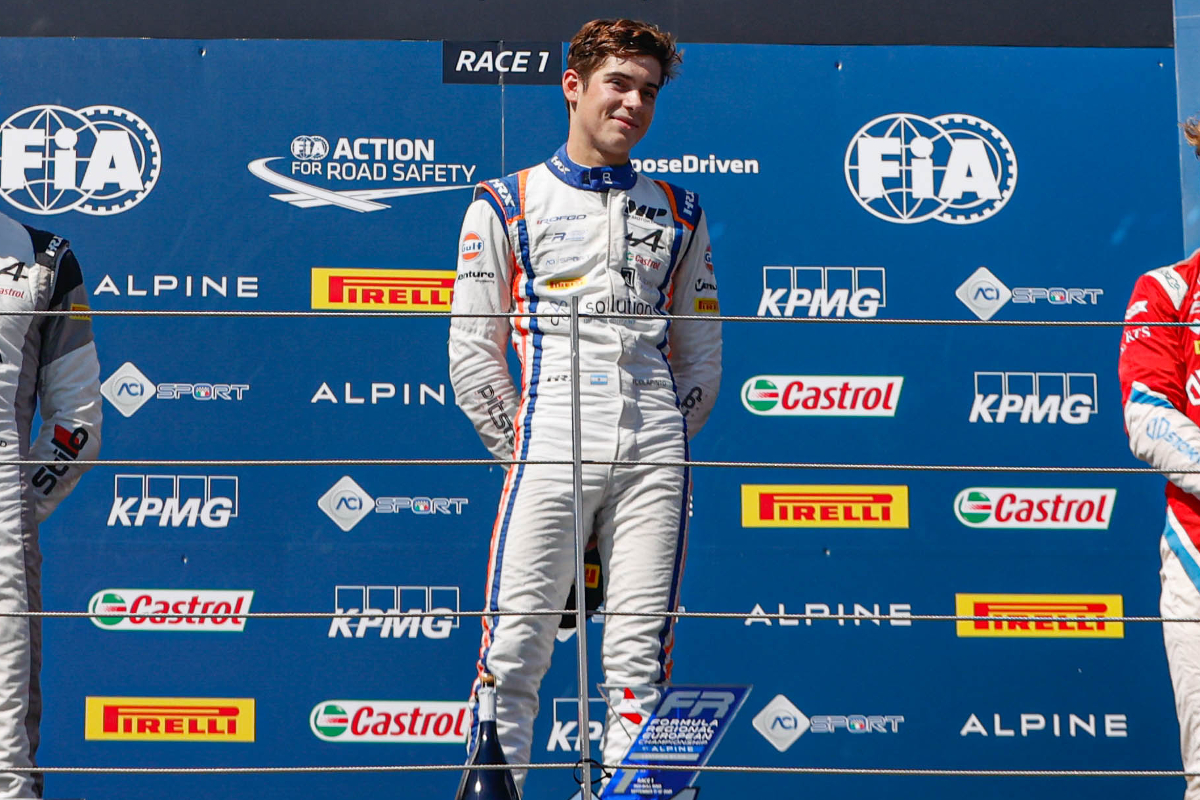 Franco Colapinto went into his second season of Formula Regional competition with MP Motorsport hoping to be a title contender, but a roller-coaster campaign hasn’t demoralised him.

Last year he finished third in the Formula Renault Eurocup, taking two wins and seven further podiums, and was tipped to be a title contender in FRegional European Championship this year as it adopted the Eurocup’s Renault engines.

However Colapainto scored zero points in the first four rounds, and withdrew from two of those. He was on the podium next time out though, and has been the highest scorer so far over the season’s second half.

“We definitely struggled at the beginning of the season, and then we made a big step forward,” Colapinto told Formula Scout during the most recent round at Valencia Ricardo Tormo where he claimed his second win of 2021.

“We tried many things in the car, some worked, some didn’t. In the end, we found it a bit late, but we found it. Now we are showing our pace and our potential, and I’m happy about it.

“Of course, it’s not good to have lost half of the season because our pace wasn’t there, and because I also had some clashes with LMP2.”

Alongside FREC, Colapinto has been competing in the secondary tier of prototype sportscars for the G-Drive Racing-branded Algarve Pro Racing team. He came third in the Asian Le Mans Series, his first experience of sportscar racing, and is currently second in the European Le Mans Series with one round to go and already with an overall win to his name.

That form has now bled into FREC, much to his delight.

“We are winning a lot of races, we are setting a lot of pole positions, and I’m happy about it. I’m happy with the car here in FREC right now,” he said.

“The team is doing a magnificent job, so we just hope to keep up with this, and to keep going until the end of the season showing our pace even though the season didn’t start as it should have started.

“Definitely we could have been fighting for the championship with a better and more consistent pace during the races in the beginning of the season.”

Were it not for a track limits penalty at the Red Bull Ring that turned his on-the-road win into a fourth place, he would be fourth in the standings.

“We are showing what we are capable of and we definitely have a chance to finish second in the championship.

“Of course, it wasn’t a good year for us, let’s say, because we had some ups and downs, but the most important is how we finish, and we are looking really strong.”

Colapinto is currently 45 points away from second place, with 100 points still up for grabs.