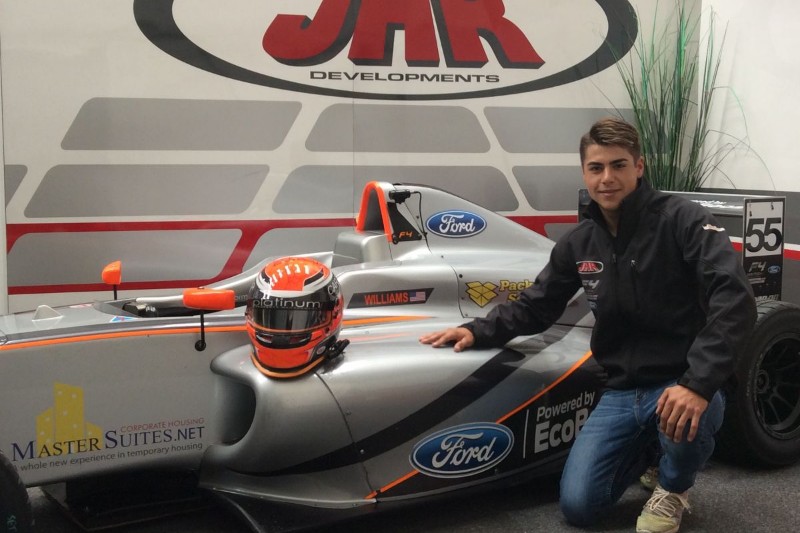 The 20-year-old was team-mate to Joey Foster at Don Hardman Racing last year, finishing ninth in the National championship and 13th in the Walter Hayes Trophy.

In 2017 the American was the Formula Speed Triple Crown and West Coast champion in his home country.

?I am completely ecstatic to be competing in British F4 this season and with such a top team as JHR Developments,” said Williams.

“It is an honour to be able to compete in one of the most prestigious and competitive FIA F4 championships in the world.

?Having a year of National FF1600 under my belt has fully prepared me to come into British F4 fighting for podiums, wins, and the championship. I cannot thank Steven Hunter and the JHR team enough for this incredible opportunity.?

Williams will partner Josh Skelton at JHR, with the team aiming to go one better than it did in 2016 and ’18 when it finished second in the standings with Sennan Fielding and Ayrton Simmons.

?Everybody at JHR Developments is thrilled to have signed Carter for the upcoming F4 British Championship season,” added Steve Hunter, JHR’s team principal.

“He?s shown fantastic ability in other categories and we?re confident he?ll be able to replicate that once again with our support.

?We enjoyed a fantastic year in 2018 ? but we?d like to go one better and take the title this time around. Between Carter and Josh, I think we have a really good chance and I can?t wait to get the new season underway at Brands Hatch.?