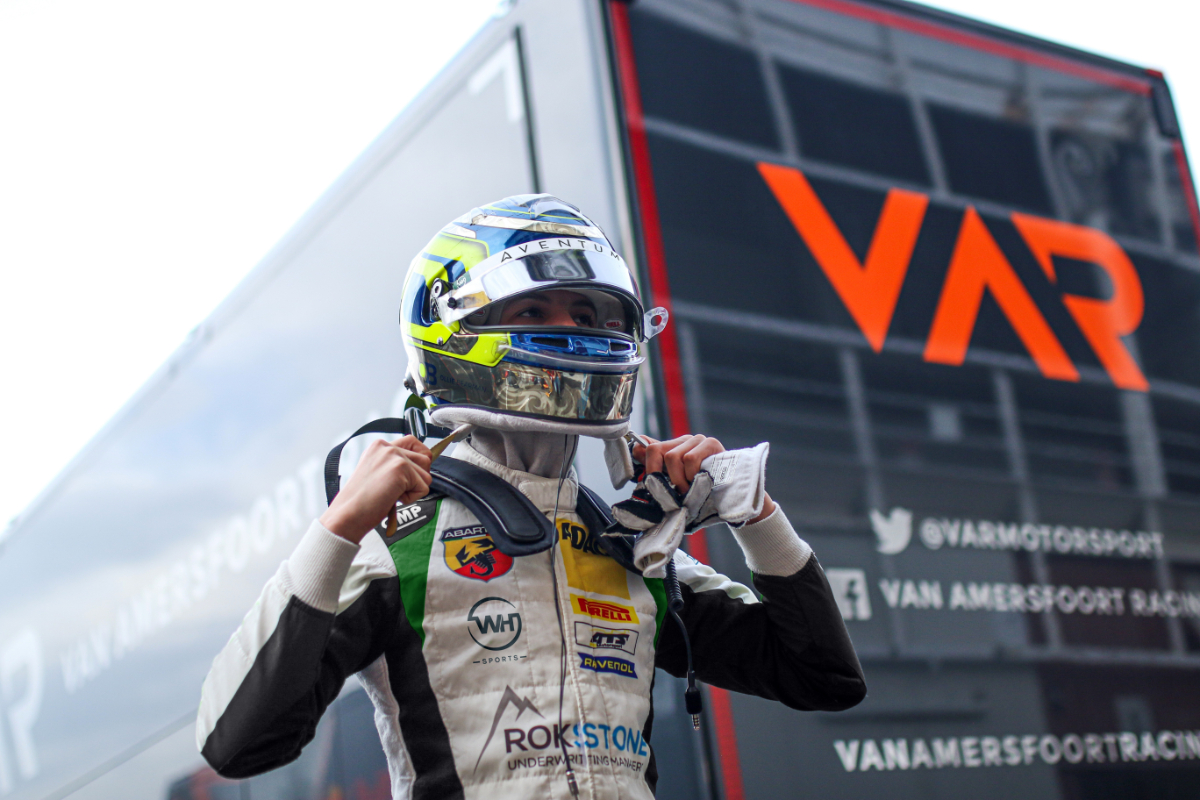 Ollie Bearman will race for Van Amertsfoort Racing in the ADAC and Italian Formula 4 championships this year.

The 15-year-old Briton made an early graduation into single-seaters last season, having initially intended to spend the year in senior karting, and he was a race-winner in Germany and Italy with Ralf Schumacher’s US Racing team.

As planned then, he will race in continental F4 again in 2021 and is VAR’s first signing. With pandemic-enforced travel restrictions ongoing, it’s yet to be decided which series will take priority – calendar clashes mean only one can be raced in full.

“We had a very positive test at the end of last year and I am confident that we have the ability to be really strong together.

“There are a lot of good teams and drivers in F4, but our goal is to finish 2021 with a championship title. I am looking forward to getting on-track and preparing with the team for a big season ahead.”

VAR has ran Red Bull juniors to F4 titles for the past two years, with Dennis Hauger dominating in Italy in 2019 and Jonny Edgar claiming the ADAC crown in 2020. The team’s CEO Rob Niessink commented on the signing of Bearman:

“While we were on our way to winning the championship with our Red Bull Junior drivers last year, Ollie was one of the guys always giving us a hard time, and when we subsequently tested with him in December, we immediately ‘clicked’, giving both sides confidence that our co-operation would be successful,” Niessink said.

“With Ollie, alongside the other drivers that we will announce soon, we know we again have a strong line-up to fight for the title. Let’s go for it!”

Theo Pourchaire: The next young driver Sauber is leading to F1