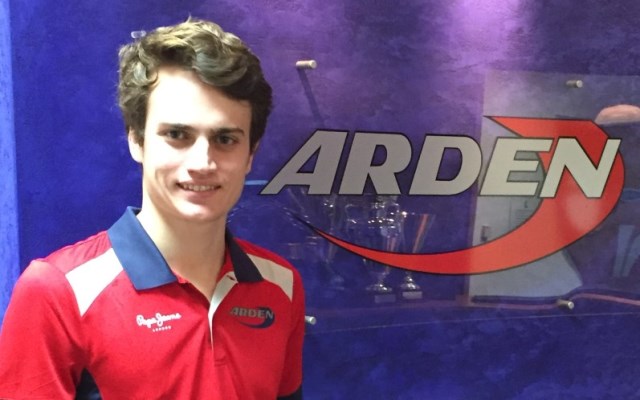 Coming from three?seasons of FR2.0 between 2012 to 2014, the son of ex-Formula 1 driver Olivier Panis?finished his rookie season in the 3.5-litre category in 12th last year with Tech 1 Racing.

He?was a regular at the tail end of the points paying positions with a best finish of fifth place at the Le Mans Bugatti circuit within the?famous?Circuit de la Sarthe.

Arden’s general manager Julian Rouse said: “Now with a strong rookie season in the V8 car under his belt the objective will be to replicate those strong performances he has in his second full season in FR2.0 and challenge for race wins in Fv8 3.5.”

Panis commented:??To have been selected by Arden Motorsport for this new season in Formula V8 3.5 makes me very happy.

“After a learning season in FR3.5, I am proud and impatient to work with a team which has demonstrated their strengths and successes in the past few years. Also, a team mate with a lot of experience such as Orudzhev, adds spice to the challenges ahead.”

The Formula V8 3.5 season will begin on the 16th April at?Motorland Aragon.