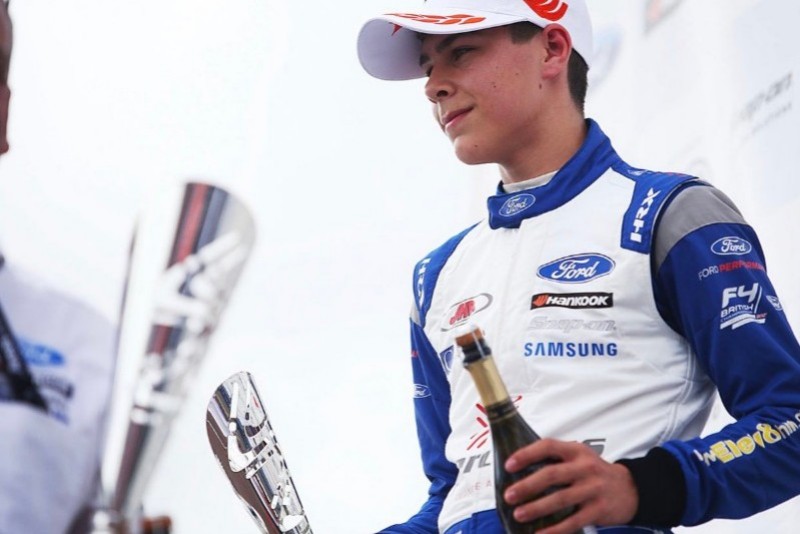 British Formula 4 debutant Alex Walker said he ?had to start from scratch? ahead of his first race weekend at Oulton Park.

Walker had limited running in an F4 car beforehand due to exams, and, although he also spent five days testing a Ginetta G40 used in fellow TOCA support Ginetta Junior prior to that as part of a scholarship, he said that he found racing the single-seater a completely different experience.

?I really had to start from scratch. I’ve only done two days of testing in the F4 car so I was just happy to make the improvements.?

Despite it being a learning curve, Walker was delighted with how his first race weekend went.

Walker finished the third race in eighth place overall, just two tenths behind Arden?s Bart Horsten, and said he gained experience from being in such a close battle.

?It was a really hard race because everyone was literally nose-to-tail. It was a great experience to run close to other cars and we’ll be stronger for the next race at Snetterton, so I’m really looking forward to that?.

JHR team principal Steven Hunter was pleased with Walker?s first race weekend with the team, especially given his lack of time in the car.

“We’ve got a lot of work to do with him but certainly for the first showings he’s proven to be a more than capable driver.?

Hunter added that they are looking to give Walker as much F4 experience as possible this year, with a view to a full season campaign next year.

“We did look at two options: to concentrate on testing or let him go and actually experience some racing. We’ll be doing some testing as we go along, and we’ll plan to put something together for him next year.”

Walker will contest four of the five remaining rounds, missing the trip to Knockhill in Scotland.

“It’s all learning. Hopefully I can get a few more rookie podiums and get further up the field, especially by the last couple of rounds at Silverstone and Brands. I’m looking to make my mark.”