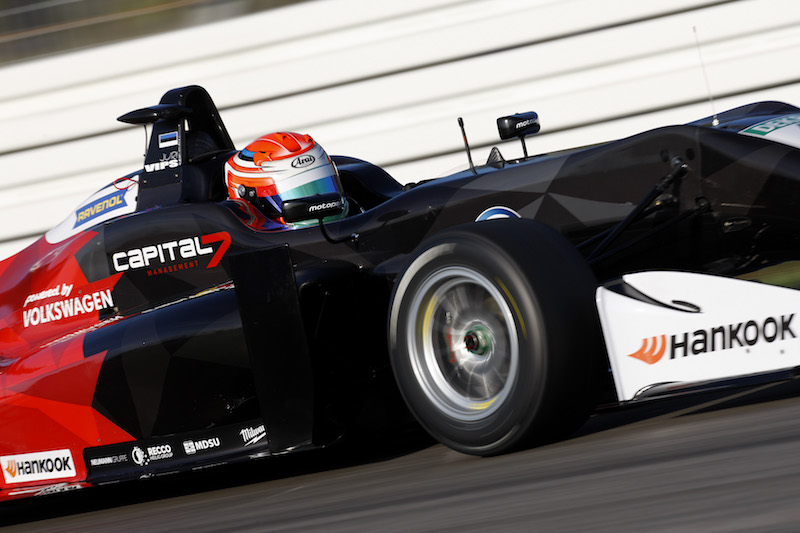 ADAC Formula 4 champion Juri Vips is making his Formula 3?European Championship debut this weekend at Hockenheim with the Motopark team.

It is the Estonian’s first drive at F3 level, and comes at the same circuit where he secured the ADAC F4 title last month.

He has been competing in ADAC and Italian F4 for Prema for the past two seasons after making the step up from karts.

Vips takes over the Motopark seat of Petru Florescu, who contested the Nurburgring and Red Bull Ring events with a view to racing for the German outfit in 2018.

Vips joins his ADAC F4 title rival Felipe Drugovich in stepping up to F3 at Hockenheim, with the Brazilian stepping up with the Van Amersfoort Racing team.

Drugovich came eighth and 16th in the two practice sessions on Friday morning, with Vips 20th and 14th.