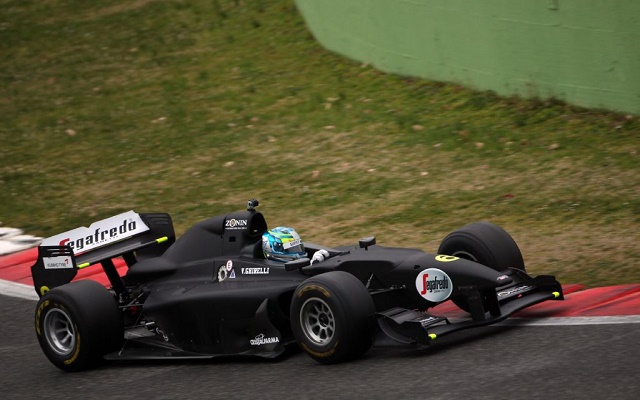 The 2013 series champion, who has not found a full-time seat ever since taking his title, was quickest despite sitting out the morning session.

The lack of early mileage proved to be of little consequence for the Italian with the first half of the day taking place in wet conditions.

Five cars clocked in a lap in the rainy first run and it was series veteran Francesco Dracone who led for teams’ champions Super Nova. Debutant Toby Sowery, who clinched the F3 Cup and MRF titles in his first year of cars, was a close second for Virtuosi just 0.041s adrift, while his stablemate Nikita Zlobin was a second off in third.

The test will conclude with one further day of running tomorrow.