The Spanish-Venezuelan driver will contest six of the 10 Eurocup rounds with the Arden team.

He is already committed to the full FIA F3 season with Campos Racing, after racing in European F3 in 2018.

“We are really pleased that Sebastian has decided to join Arden for the 2019 Formula Renault Championship,” said Arden team manager Ben Salter.

“Sebastian has a huge amount of potential and brings good experience from his Formula 3 season and we can’t wait to get started.”

The Silverstone, Nurburgring, Hungaroring and Barcelona rounds of the Eurocup clash with FIA F3 events.

Fernandez is one of three drivers who will drive for Arden in the opening pre-season test at Magny-Cours from Tuesday.?Also joining the already-signed Patrik Pasma is former Tech 1 racer Frank Bird.

In all there are 17 drivers entered for the test, 14 of whom have confirmed drives for this season.

Cameron Das, who is already set to race in Formula European Masters this season, will test for M2 Competition – his team during the recent Toyota Racing Series – alongside confirmed signings Kush Maini and Esteban Muth.

Of the 10 teams with entries for the 2019 Eurocup, three teams are absent from the test: Tech 1 Racing, AVF and new entrant Global Racing Service. Both Tech 1 and GRS took part in last month’s shakedown for the new Formula Renault car in Italy, with Bird and Xavier Lloveras their respective drivers.

FA Racing by Drivex is set to only run Patrick Schott in the test, despite also confirming the signing of Brad Benavides last week.

Renault Sport expects to have over 20 entries for the first race at Monza in April.

“The results are there with nearly 20 cars for the first collective tests of the year. By the second week of tests at Circuit Paul Ricard, this figure will tend towards our goal of having 22 to 24 cars start at the first race.” 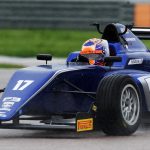 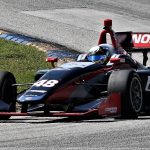