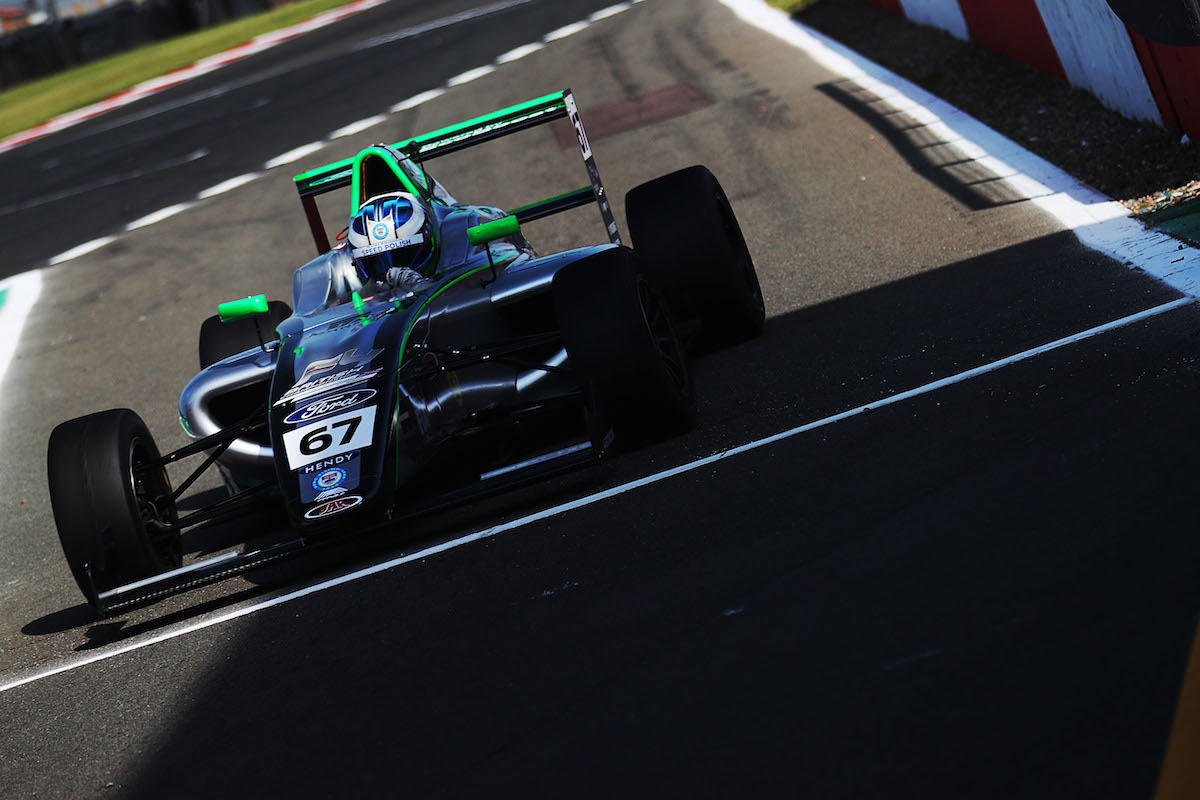 James Hedley claimed a dominant win in final British Formula 4 race of the weekend at Donington Park to mark his place in the championship fight.

The reigning Ginetta Junior champion made a strong start from second on the grid to snatch the race lead heading to the first corner and was unchallenged for the remainder of the 20 minuet race.

Luke Browning was briefly brought back onto the tail of Hedley after a crash for Abbi Pulling brought out the safety car, but the Fortec driver couldn’t stick with Hedley on the restart.

Hedley got another good get away as Browning focused on defending against Zak O’Sullivan in third. By the time Browning had shaken the Carlin driver, Hedley had built a strong gap at the front of the order.

Browning put in the fastest lap of the race as he tried to catch Hedley, but ran out of time before he could get into a position to make a move and finished 1.6s behind Hedley.

O’Sullivan began to fall backwards in the closing stages of the race, battling to stay ahead of pole sitter Roberto Faria. He managed to retain the podium position, six seconds behind Browning, to extend his lead at the front of the championship standings.

Nathanael Hodgkiss ran into trouble in the closing stages of the race while battling Frederick Lubin at the back end of the top 10. Hodgkiss ran over the kerb and lost control of his car, heading into the barriers.

The incident was covered by local yellows, allowing racing to continue, but limited overtaking in the last part of the lap. This played into Mathias Zagazeta’s favour, as he was coming under pressure from Casper Stevenson. The Carlin driver managed to keep Stevenson behind him to take fifth. 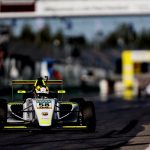 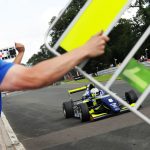