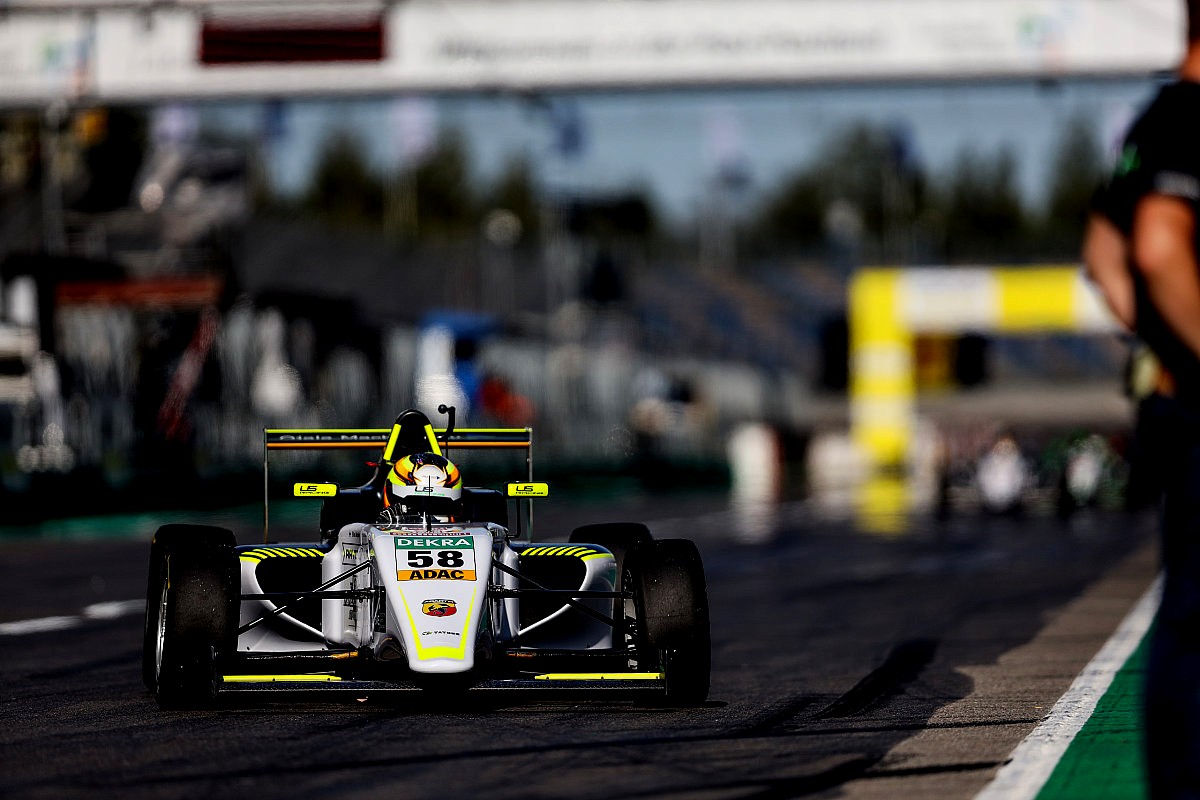 US Racing’s Elias Seppanen won the third ADAC Formula 4 race at the Lausitzring, which was turned on its head by mid-race rain.

Seppanen started on reversed grid pole, and immediately cut across to defend his lead off the line.

He had to do the same on the next lap, when team-mate Vladislav Lomko came alongside down the pit straight. Lomko picked the inside line for Turn 1 and took the lead, and the pair were alongside another again the next time around.

This time there was no change in position, and Lomko remained ahead until lap nine when he clouted one off the walls of the Lausitzring’s oval section and damaged his right-rear wheel. He dropped down the order, then retired in the pits.

Seppanen took the lead back, with eighth place starter Jonny Edgar already on his tail. Edgar’s first attempt at the lead, having fought his way up the order with some feisty battles, came at Turn 1 on lap 11 but he didn’t get another proper chance as a sudden rain shower hit the circuit.

A safety car was quickly called, and many of the drivers chose to pit for wet tyres as conditions got worse. Shortly after Van Amersfoort Racing had pitted Edgar and his team-mate Jak Crawford, who hadn’t matched his team-mate’s progression, the race was called to an end with a red flag.

Seppanen took his first ADAC F4 win as a result, with R-ace GP drivers Victor Bernier, Kirill Smal and Artem Lobanenko filling the next three positions as they were all yet to pit.

US Racing’s Tim Tramnitz and Ollie Bearman, who had had an incredibly messy race which began with another poor launch and a major off-track moment on lap one, were the quickest to respond to the changing weather by pitting and were fifth and sixth as a result.

This left Edgar in seventh, ahead of Mucke Motorsport duo Josef Knopp and Joshua Duerksen. Crawford was the final finisher in 10th place. 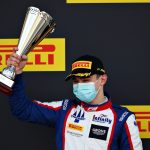 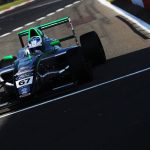