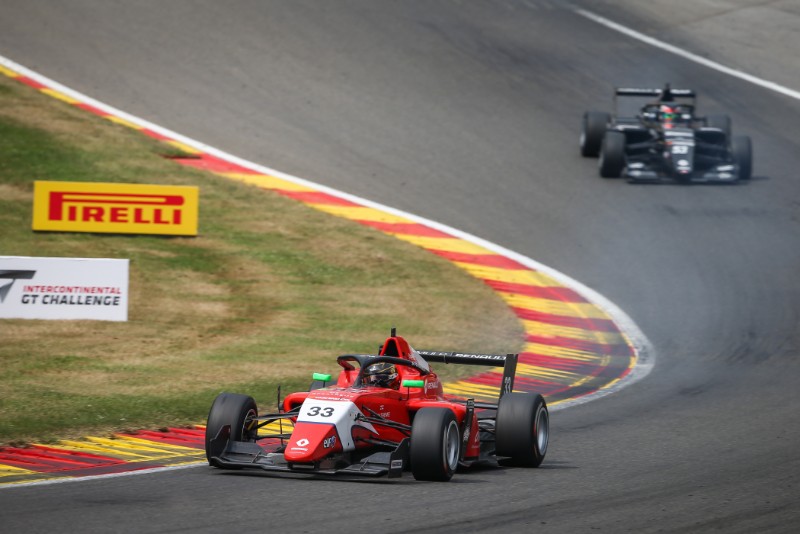 Arden driver Sebastian Fernandez believes his team is making progress in the Formula Renault Eurocup after taking his first podium with a charging drive at Spa-Francorchamps.

Former FIA European Formula 3 racer Fernandez qualified second for the opening Eurocup race at Spa, but dropped down the order at the start after stalling.

“Before the formation lap, I had a problem with the clutch which I also had at Paul Ricard,” he said.

“So I knew for the start it was going to happen again. I tried to prevent it from happening but I couldn’t, so I fell back to seventh or eighth. But I just kept my head down and pushed because I knew I had the pace.”

Fernandez held fastest lap for much of the race, and had lengthy tussles with team-mate Patrik Pasma and MP Motorsport’s Lorenzo Colombo.

“It’s the first podium of the season. It’s good, because it shows Arden is catching the other teams. We’re improving every race, and hopefully for the next race we’ll be faster.”

After being passed on the last lap, Pasma finished sixth, with the third Arden car of Frank Bird having a messy race and finishing 17th after showing strong pace.

The 23 points earned by Fernandez and Pasma marked Arden’s biggest points haul since Dan Ticktum won at the Hungaroring in 2017, during the team’s maiden season in the championship.

It was also Fernandez’s first podium since 2017, when he took five wins on the way to fourth in the Italian Formula 4 standings. 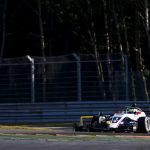 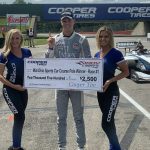